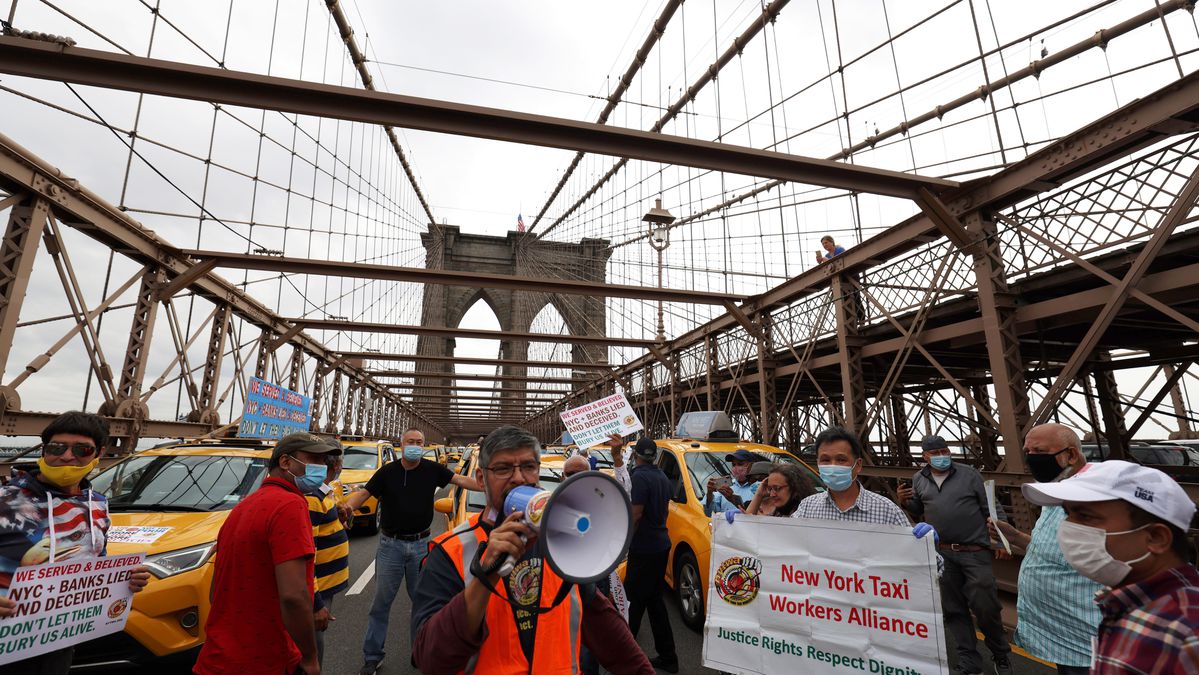 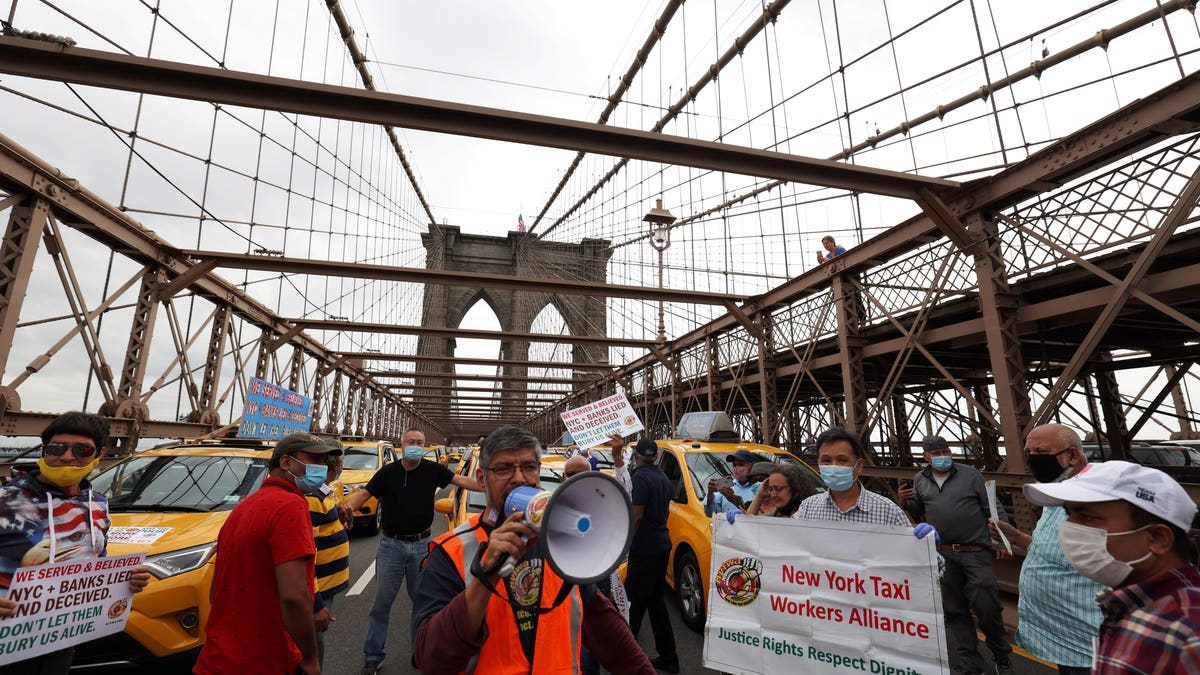 Traffic ground to a halt on two New York City bridges on Thursday as fleets of yellow cab drivers joined in a call for debt forgiveness amid the coronavirus pandemic, which has decimated the already struggling industry and left many drivers in crisis.

A caravan of taxis shut down the Brooklyn Bridge and the Queensboro Bridge on Thursday afternoon, leading to local traffic warnings.

The latest in a string of protests, the group of drivers, organized by the N.Y. Taxi Workers Association, is asking for debt relief due to lost income amid the pandemic.

With the number of drivers working off 75% as of June, the most recent month data is available for from the city’s Taxi & Limousine Commission, and ridership down 90%, drivers say they are unable to keep up with medallion loan payments.

Marblegate Asset Management, the biggest holder of taxi loans, has given around 2,000 medallion-owner drivers a loan payment holiday since mid-March, in addition to lowering some loans to $300,000 (with $25,000 required to finance the restructuring) and cutting the average monthly loan payment from around $2,800 to $1,500.

These costs, cabbies argue, are still too high, particularly for drivers still struggling to find passengers amid the pandemic.

The association is asking lenders like Marblegate to cut loans to $125,000 and reduce monthly payments to around $750 to “bring the drivers out of poverty,” calling the company’s offer a “life sentence to debtor’s prison.”

In a statement to Forbes, a Marblegate spokesperson said the company agrees that restructuring loans “is the only way to begin to stabilize the taxi industry and get drivers back on their feet,” but believes a “one-size-fits-all approach” would rob owner-drivers of the equity they’ve worked for years to build.

“Yellow taxi owner-drivers continue to be in a state of crisis—a crisis that is only getting worse the longer debt relief is kept from them,” said the New York Taxi Workers Association’s Executive Director Bhairavi Desai. “Time is of the essence as lenders are now demanding mortgage payments for October.”

Once viewed as a safe investment for drivers, taxi medallions have faced an industry-crippling drop in value since 2014, caused by increased competition from ride-share services like Uber and Lyft, as well as risky lending practices. Sale prices of medallions, which peaked at $1.3 million, have dropped below $200,000, leaving many drivers who bet their livelihoods on the investment struggling to make ends meet.

“‘They Were Conned’: How Reckless Loans Devastated a Generation of Taxi Drivers” (The New York Times)

“What Happens When NYC’s Taxis Have No Passengers” (Bloomberg)

Full coverage and live updates on the Coronavirus

The PS5 preorder ship has sailed, but you can still order accessories – CNET